Welcome to the world of Brunello di Montalcino

There is no other place in the world that has such gentle hills, which give an exceptional breadth to the landscape and a horizon that stretches for tens of kilometers.

We are in the heart of the Val d’Orcia, a paradisiacal place truly unique in combining the green of the cypresses with the yellow of the wheat fields. 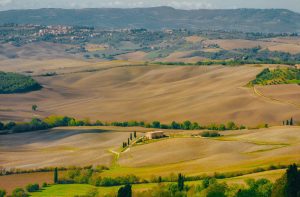 Welcome to the word of Brunello di Montalcino.

Here the cultivation of the vine is a centuries-old tradition, thanks to a territory that contains many favorable elements: from exposure to the sun to the hilly position, from the complex geological conformation to the many days of good weather spread throughout the year. 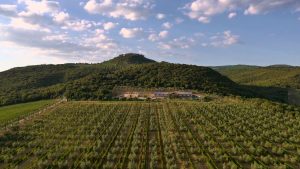 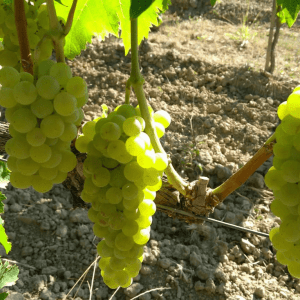 There is more. Brunello is so called because in Montalcino it was believed to be a different variety from Sangiovese grapes, until in 1872 a scientific study of the Province of Siena published a report where it was established that it was the same variety. 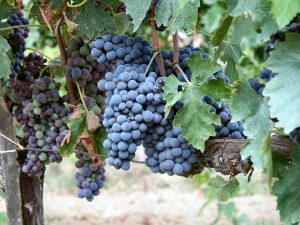 The growing success that Brunello has obtained in a particular way on foreign markets, with an incredibly relevant growth which is still going on today, is largely due to the “political” decisions of the Consorzio Brunello di Montalcino. 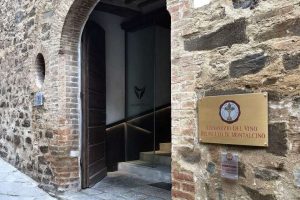 The president of the Consorzio, Fabrizio Bindocci, is the commercial director of Tenuta Il Poggione, located in Sant’Angelo in Colle. During the visit in the winery he said it was a crucial decision not to allow the planting of new vineyards within the Montalcino territory in order not to intensify the cultivation and to respect the delicate environmental balance from which vines are the first ones to benefit. 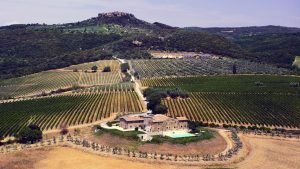 Brunello di Montalcino was the first wine in Italy to be awarded with the DOCG label, in 1980 (DOC dates back to 1966 instead), as Fabrizio reminds by pointing out the vast estate of the Tenuta, which consists of 150 hectares (150 acres) spread on these magnificent hills.

Lavinio Franceschi, the founder of Tenuta Il Poggione, was among the first ones who, at the end of 1800, believed in the potentialities of this territory to produce a red wine of great complexity and refinement. 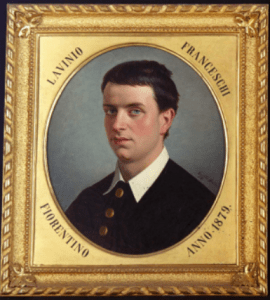 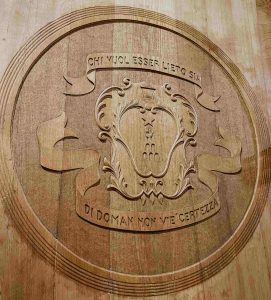 Almost one hundred and fifty years later, thanks to the extraordinary quality of the grapes ripened in this unique territory and thanks to the ageing of at least 5 years provided for by the regulations, we can agree that it has been a challenge not only won, but reconfirmed every year in which Brunello constantly registers an increase of new admirers. 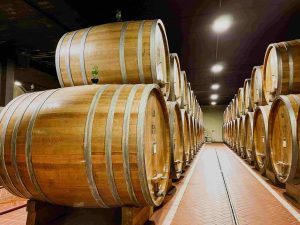 A wine that reflects and respects the quality of the territory, representing a prestigious bastion of Italian enogastronomy. 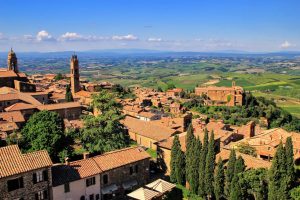 This product is now available in our physical shop!

The oldest vinegar in Italy